Many of these financial needs could be avoided by using insurance or health savings accounts and proper estate planning. 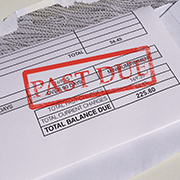 However, many types of insurance do not cover some long-term care needs and some individuals may try to avoid using their own money, leaving the burden to the government.

Besides reminding family members of their moral obligation to take care of their parents, some states have made it a statutory requirement. State statutes, sometimes referred to as filial responsibility laws, may require children to provide a contribution or payment plan to support indigent elderly parents. There is no federal statute that compels family members to pay for care.

Although filial statutes have been around for years, many states have rarely enforced them. But that may be changing as hospitals and health care providers -- as well as Medicaid -- are looking to those laws to demand reimbursement.

The enforcement of filial statutes varies by state. Some allow civil suits so that nursing homes and government agencies can bring legal action to recover the cost of care. And there can even be jail time in some states if family members fail to provide filial support. The statutes also vary in requirements, looking at factors such as the parents' assets and income.

There are exceptions, such as a parent abandoning or deserting a child. For example, if one parent divorces the other and has no contact with a child, that child would not be responsible for the parent's care.

Filial statute obligations usually require family members to pay for such necessities as food, clothing, housing and medical attention. If the parents (or children) do not have the ability to pay, the states may not require payment.

Depending on the state, there may also be:

As more of the Baby Boomer generation retire and as many nursing homes and local governments are faced with providing care to a growing number of indigent elderly patients, states may reexamine their filial support statutes trying to find another way to pay for parents' medical bills.

Office News: Being Prepared Will Protect You from Unexpected Pitfalls!
Legal News: What Does it Mean to Fund a Trust?